Television or TV has made our world so small and it is absolutely not required to describe the benefits of TV in our daily life. But, one vital thing that might be almost everyone has been listening straight from their childhood is “don’t watch TV from a small distance”. Lots of parents are cautious about the habit of their children. But, is it really worth to watch best LED TV by keeping a particular distance, or is it a myth? Let’s explore this fact. 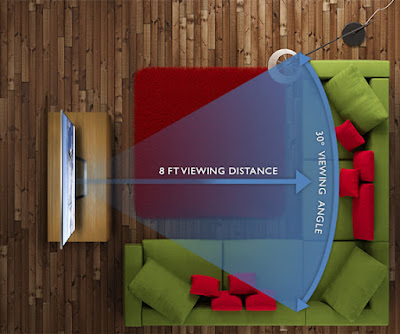 As per the experts, watching Television from a short distance doesn’t create permanent eye damage but it is responsible for developing fatigue and eye strain. These two problems can result from tired eyes that can be responsible for blurry vision. The solution is resting the eyes. As a result, the vision will return to normal.

Not maintaining a distance can create eye strain along with fatigue but lighting is also an important factor. Wrong or poor lighting may cause eye strain. According to the experts, one should watch Television in a well-lit room for preventing such fatigue in one’s eyes. Some people want a bright room and some others want a dark room during watching TV but experts suggest that the TV should be watched in daylight conditions. A too bright or too dark room will unnecessarily force one’s eyes to view the images with strain. The experts have given the recommendation that an individual should not be engaged themselves in TV by wearing sunglasses. The eye strain can be reduced by backlighting the TV.

One thought suggests that people could sit near the HDTV, as one’s eye watch a wide screen in a different way compared to the earlier analog TV.  One should not sit too much closer by touching the nose to the screen. Experts said that one person can watch TV to maintain a distance that is five times the width of his/her TV screen.

Moving away from one’s TV may be an option if one’s eyes begin hurting and the TV might be viewed at a distance from where one can easily and comfortably read various texts on its screen without any squinting. During watching the TV if the eyes experience fatigue then one may move away from his/her eyes from his/her TV.  You can read CAO’s 20-20-20 rule for a detailed explanation.

Its particular 20-20-20 rule may be basically developed for computer viewing. It may be also compatible with a situation when one is suffering from eye strain.

Experts’ suggestion is one should take a 20-second break in every 20 minutes and one should focus his/her eyes on other things a minimum of 20 feet away. If anyone feels achy and tired eyes following their spending time near the computer screen, then they may be benefited from the blue light filter application.

If you want to play safe, then it may be a better idea to sit by keeping a safe distance from a TV and it is also a fact that by sitting too much close, you can’t watch every detail on your TV screen perfectly.